Miniature from a psalter: King David with musical instruments

In the Middle Ages, psalters were one of the most popular types of manuscripts. Books containing all 150 biblical psalms were often richly illuminated. Even in more modestly illuminated copies, the first page was usually decorated.

The decoration system evolved into a fixed set of ornate initials which arrange psalms into groups. The first psalm begins with the words: Beatus vir qui non abiit in consilium impiorum … „Blessed is the man…”. The usual practice of medieval illuminator was to give it some elaborate full-page miniature or a historiated initial B. These often show King David depicted as a musician, as he was believed to be the author of the psalms.
One of these initials or miniatures will be the subject of our workshops. During the classes, we will prepare pigments with a binder according to a medieval recipe. Step by step, we will be making a copy of a beautiful miniature, the very way medieval masters did. Practical classes will be accompanied by two lectures on the techniques of medieval illuminators and the iconography of medieval psalters. 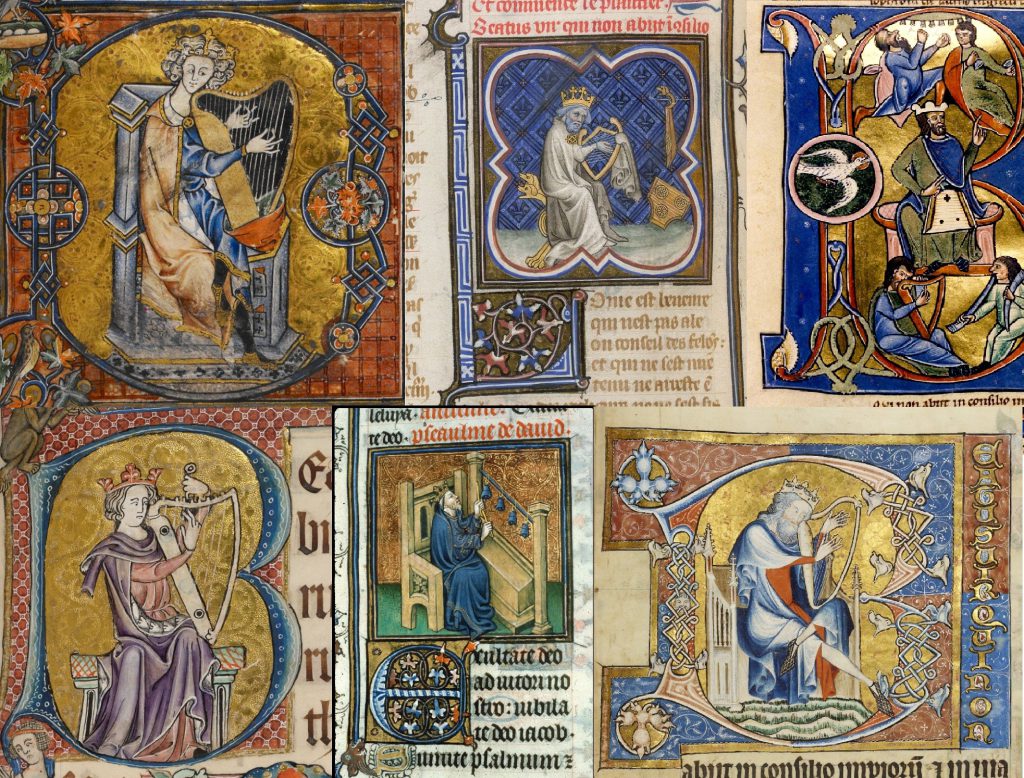 This workshop is suitable both for beginners and those with some experience in medieval illumination. It is targeted at English speaking adults (those who speak Polish are invited to my other workshops). No experience is required in either drawing or painting. During the workshop, you will learn medieval techniques of illumination step by step. 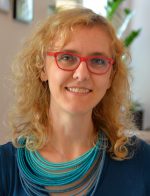 – Illuminator, calligrapher, art historian, graduate of the Jagiellonian University. In 2007, I graduated with honours from the European Institute of Illumination and Manuscripts in Angers, France.
For 10 years, I have been running School of Calligraphy and Illumination in Cracow—since 2016 together with Ewa Landowska, under the name of Atelier Landowska & Bodziony. Since 2016, I have also been running courses for students of Cracow universities, including Department of Industrial Forms at the Academy of Fine Arts and part of the curriculum of Editorial Studies.
I am also the founder of the Studio of Calligraphy and Illumination which creates commissioned works in the field of miniature painting and calligraphy.
Since 2008, I have run a series of workshops called SKRYPTORIUM at the Benedictine Cultural Institute in Tyniec, Cracow.
I am the co-author of the textbooks for calligraphy Piękna litera / A Beautiful Letter, the first volume of which was published in 2016, followed by the second in 2018.
I speak English, French and some Spanish.
www.barbarabodziony.pl 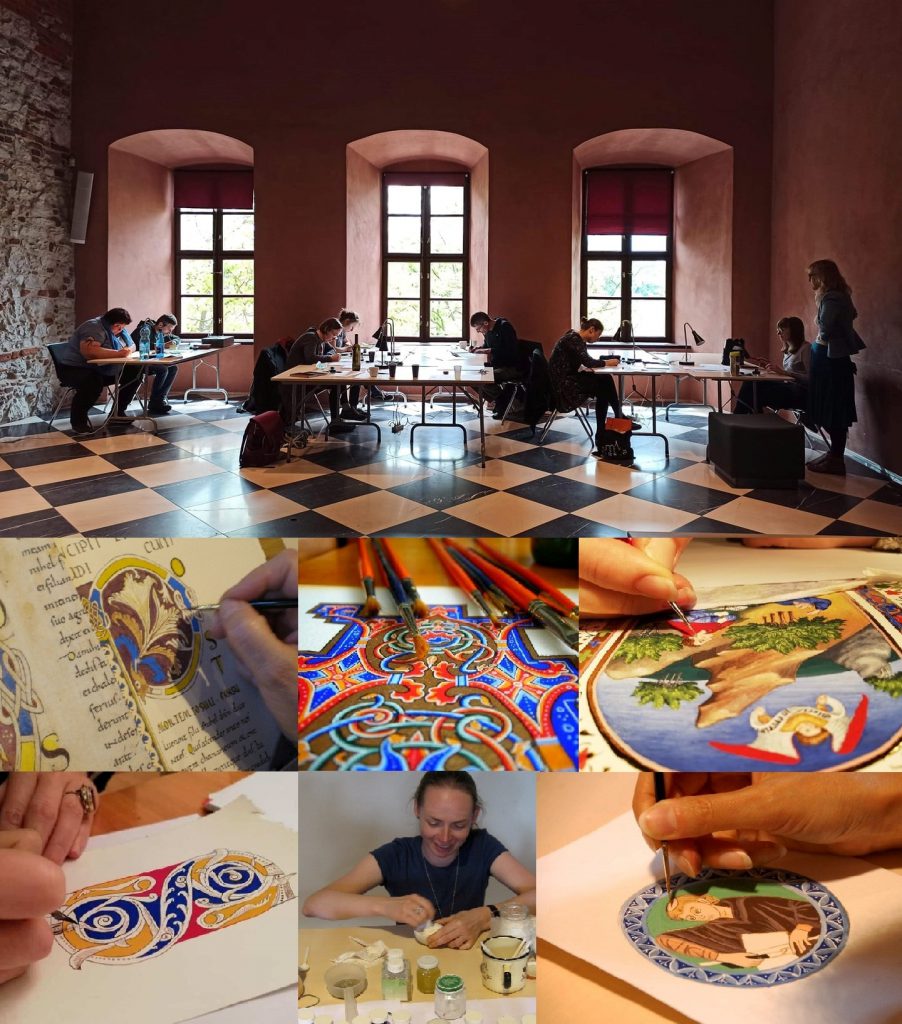